Shuji Takashina - Director of Ohara Museum of Art, Okayama, Japan, November 2009
(This text was contributed on the occasion of publication of “Hon” magazine No.47 which has series "From the Real Site of Contemporary Art" in 2009. The work “Extracting Warp Threads - Five colors” image was on the front cover.)

Warp threads are tied together after having been removed from Gobelin tapestries stretched over six round wooden panels. More precisely, warp threads of a certain color, such as red or blue, are selectively taken out of each pair of adjoining tapestries. Thus, in total, five “bouquets” of five different vivid colors are formed in-between the panels. Linking two panels that are neatly aligned, each bouquet attracts the viewer with its elegant curved lines that form a slight swell, and above all, with its pure color glistening without any sentiment. Because the original overall tone of the tapestries is comparatively somber and intricate, you can hardly predict such vivid, fresh colors are actually hidden. So, seeing their emergence in front of your eyes, one can become exceedingly surprised and cannot help applauding it, as if watching a chrysalis transforming into a beautiful butterfly. It is such a preeminently well-deliberated artistic structure.
Furthermore, the act of pulling out certain threads from the fabric leads not only to deconstruction and revelation of how it is shaped with warp threads and weft threads woven together, but also to elucidation of what gives its overall surface such delicate color tones. Indeed, to form the fabric, threads of various colors overlay each other. However, each thread is not visibly a discernible, individual unit, like beans. Threads with many different kinds of colors, not necessarily five, are interlaced into one, creating a totally new variation of tones. The same applies to painting, where different kinds of pigments are composed and overlapped.
Now used as a single concept referring to painting, the Japanese term Kaiga 絵画 was originally a mixture of two different things, as shown by the two Chinese characters that form it. The original meaning of the latter, 画 , as it graphically suggests, is dividing things into segments with lines. In short, it represents drawing. In contrast, the former, being formed with threads 糸 and encounter 会 , originally refers to fabrics. This suggests that in essence, paintings are “fabrics” composed by various “threads” that “encounter” each other (In fact, Aiko Tezuka once made a work titled ” 糸 会 ,” whose English title is Layer of Threads). In this sense, a painting is about a world of profound colors.
Deconstructing fabrics is quite an intellectual manipulation. It requires a rich sensibility to discover the secrets of colors in doing so. With her volition towards perspicuous, orderly systems, and her extraordinarily rich sense of color, which this work most clearly exemplifies, Aiko Tezuka has opened a new door in the field of contemporary art. 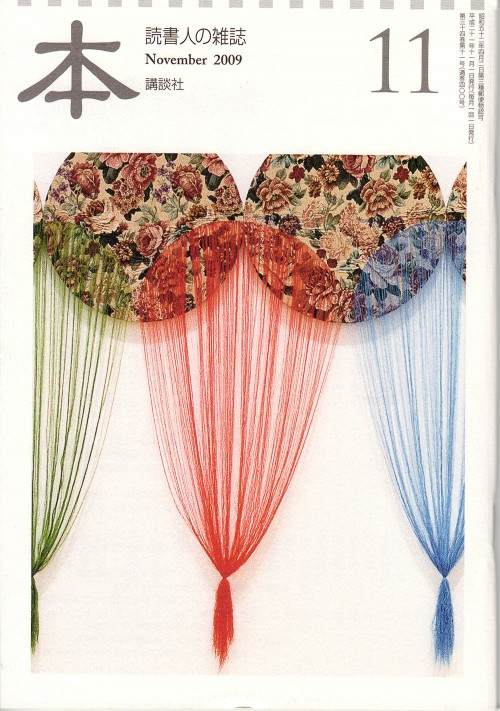